Take a second and picture in your mind what the best schools in the United States are like.  Really visualize them.

Now, do the same for the worst schools in the country.

When you think of the differences, are they that the second set of schools don't administer enough standardized tests, or that they have teacher unions that are too strong?

I didn't think so.

We need to start being truthful and upfront about the real problems in education if we are going to solve them.

Posted by Michael Soskil at 7:19 PM

Seeing Reform Past Our Own Noses

It's been about two weeks since I wrote my last post.  It's not because I haven't had ideas.  On the contrary, I've had about five topics I wanted to write about in the past couple of weeks and couldn't find the time.

I was hoping that I'd be writing a post today summing up my experiences at EdCamp Philly.  I was really excited to go to my first edcamp, and had it on my calendar since the day they announced the date.  Unfortunately, the fan belt in my car broke about 20 miles north of Allentown on the way down.  Instead of collaboratively learning about assessment practices and pedagogy, I learned that to make sure when Toyota says they checked your belts and hoses that they really mean it, and that the Chestnuthill Diner in a town called Saylorsburg, PA serves a really good breakfast for an amazingly cheap price.  You can't beat eggs, homefries, corned beef hash, coffee and toast for less than 6 bucks.

What I do want to write about is how we sometimes stumble to see educational reform globally.  I've noticed in many education conversations I've had recently in person and on social media sites that we each tend to see educational reform through the lens of our own experiences when we were in school.  I guess this is natural, and I'm sure that I'm guilty of it at times.  But, it's also dangerous if we are trying to build an educational system that meets the needs of all students.

Standardizing education, whether it's through nationalized curriculum, standardized testing, coming up with standards for "college and career readiness", or any other means eliminates our ability to customize education for all students.  No matter what we change those "standards" to, there will always be kids whose needs aren't met by them.  Most people aren't "standard." Until we allow for and encourage customization, there will always be a pretty significant population who leave our schools with a legitimate complaint that the system didn't work for them.

And it's not acceptable to deny a percentage of students the opportunity to learn because their talents don't match what is easily measured.

On a separate note, this is the 100th post since I started the blog a little over a year ago.  Thank you to all who read, comment, debate, and share.  I hope that you've had as much fun and gotten as much out of reading as I have from writing.
Posted by Michael Soskil at 4:37 AM

When I first started blogging I promised myself that I would never post anything that would jeopardize my job.  So I'm not.  We won't talk about the specifics of what has me fired up today.

I will say this, though.  Including homework completion or being prepared for class when factoring grades is bad for students.  It's irresponsible.  It's not good educational practice.  When a student shows up for class without a pencil, give them a pencil, not a zero.

I can hear some teachers out there now.  They're saying, "But, kids need to be responsible to be successful."

And they're right.  But I've never heard of a student who was having trouble completing their homework or being prepared for class that learned responsibility because they got a bunch of zeros in a gradebook.  And I've never read any research that states it works, either.

Posted by Michael Soskil at 3:23 PM

This will be my final Friday's Five post (but certainly not my last post).  For the past year I've picked a topic each Friday and come up with a list of 5 items/ideas/thoughts about that topic and shared them with you.  I've really enjoyed it for a few reasons.  Knowing that I had to blog each Friday forced me to deeply think about my profession at least once per week, even during the summer and over breaks.  I was forced to think about education from many different angles and points of view.  Most importantly, it forced me to blog at least once per week, and I really believe that blogging makes me a better teacher - both through the self reflection that is a result and the interactions with the wonderful readers who comment on posts. 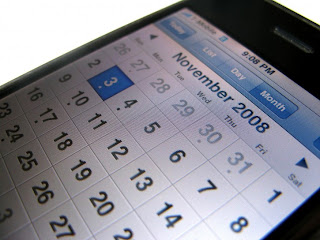 The reason I'm ending "Friday's Five" is because I want more freedom in what I write at times.  Sometimes a list works great for what I'm fired up about or feeling strongly, and sometimes it doesn't work well at all.  I've found quite a few times that I've had ideas for a great post on a Friday, but couldn't use them because I needed to put a list together.  After one year, it seems like a good time to move on and explore some different ideas.

Posted by Michael Soskil at 3:23 AM

The Most Important Things

Today I sat in a very productive meeting with colleagues and administrators trying to prioritize ways to improve what we do as a school district.  We looked at data, had philosophical discussions, and talked about what we can do to meet the needs of all students. 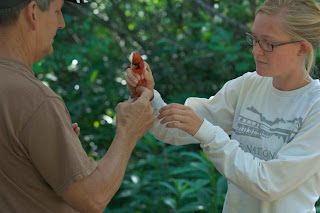 At the end of the day I was getting a few things together and another teacher asked me to speak to a student who had gotten in trouble a few times during the day.  Without going into details, he shared with me some of the issues he's dealing with at home, and explained how those frustrations are boiling over at school.  After listening to him and talking with him for a few minutes, he calmed down and wrote down some of the things he could have done differently.  It was a good conversation, and clearly one that he needed.

I realized that the most important thing I did at school today had nothing to do with data, philosophy, or a general discussion of "students."

The most important things we do in school happen one student at a time.